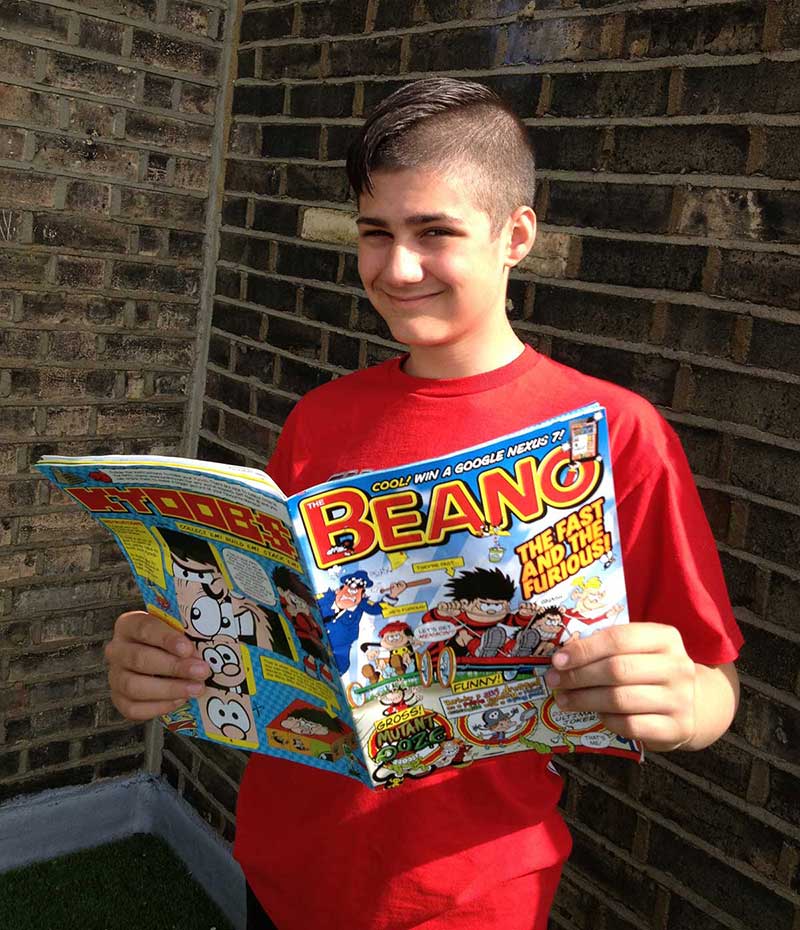 When I was 8 I found a box full of old Beano Comics at a car boot fair and that’s what inspired me to have a go at making my own version which I called, ‘The Zoom!’.

I took it in to show my local newsagent and he agreed to sell it for me.

There was a new issue every 6 months.

A couple of years later I did an interview at The Cartoon Museum in London for a documentary Roy Hudd was making for The BBC.

After he’d spoken to me about my comic, he was heading down to The Beano’s Fleet Street offices to speak to the Editor, Mike Stirling. He asked if I’d mind if he gave him a copy of ‘The Zoom!’ because he thought he’d be interested and I said, ‘Ok!’.

Shortly after that I got my first job, working for The Beano! 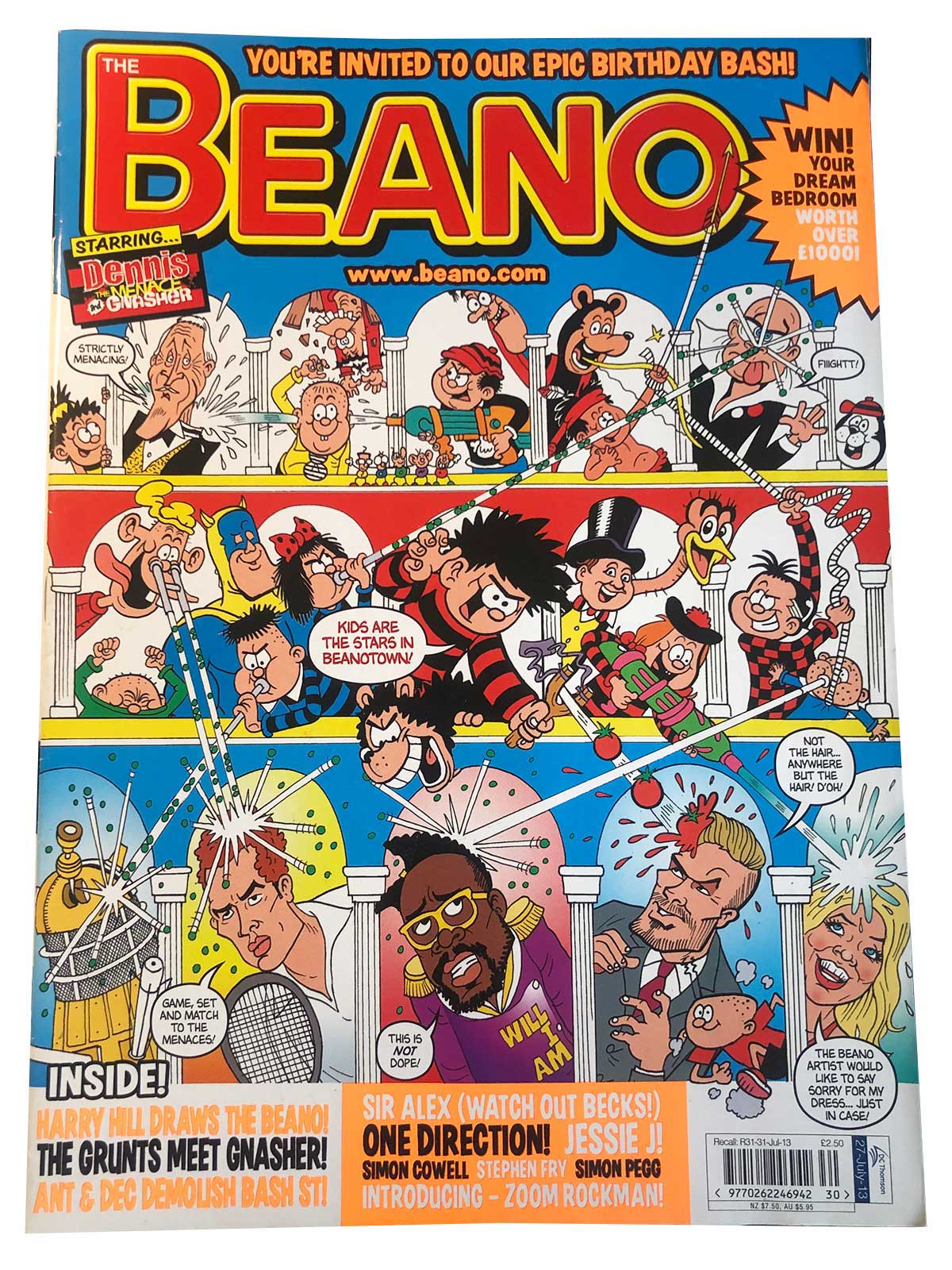 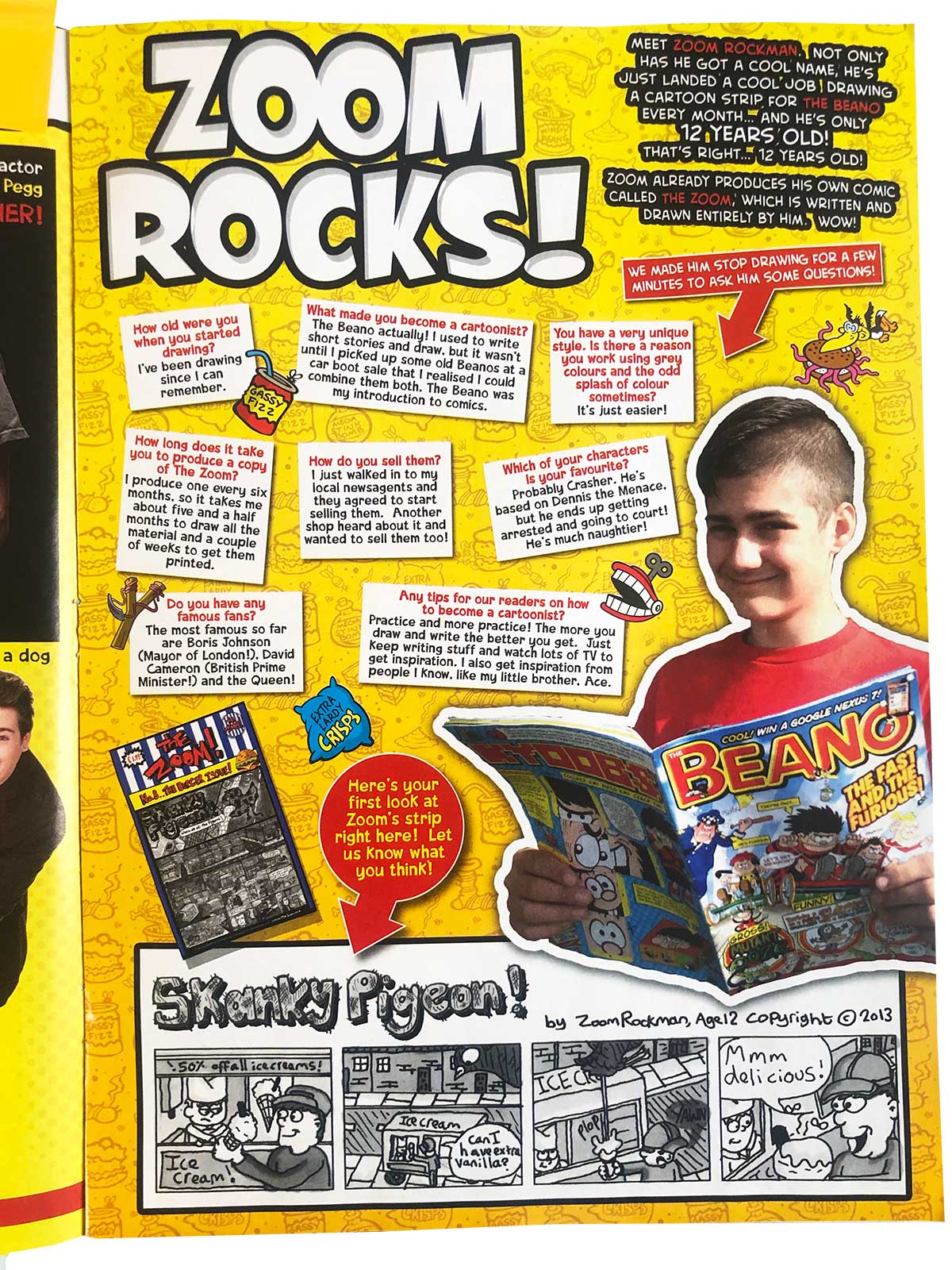